It has been a great week in the Northwoods. The heat wave that swept across the country brought 90-degree heat for much of the week, and we combated the heat using a combination of sprinklers, slip & slides, our waterfront and a brand new water fountain on the athletic fields. It’s hard to believe that an 80-degree day at camp would be welcomed as a cool one! 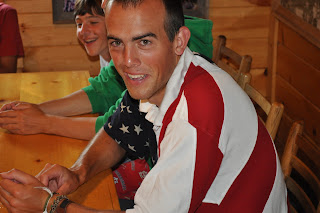 We had a great Independence Day at camp. You could feel the energy in the air right from the start of breakfast. The chants of “USA” and the spontaneous eruption of the Star Spangled Banner kicked off a great day. And amidst the patriotic cheers, we took a moment to talk about why the 4th of July is special at camp. North Star’s first summer was in 1945, and with the country at war, one of the main goals of camp was to teach our young men to be great citizens. While I’m sure they never imagined that 68 summers later, we would have campers and counselors from 13 different countries at camp, the Fourth of July continues to signify the importance of being a good citizen of camp, the country you come from and the world we all live in.

The morning was our Green-White Marathon. This is a relay race that includes nearly every event in camp. It starts with a running race and includes fun-bugging, swimming, canoeing, climbing, archery, riflery, biking, skipping, tent building, tennis volleying, bed making, basketball shooting, bucket filling, singing, and more, before leading to Boil Water Boil. 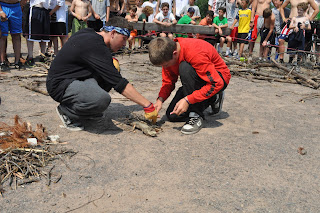 In this final event, the whole camp gathers around as the two teams compete to build a fire that can boil a tin can full of water over the top first. It was a very close race with the White team making a late comeback during Boil Water Boil to take the lead and win the Marathon. The spirit for Green-White has been fantastic and it has continued to be a close competition all the way through the summer.

After lunch, we gave the boys some time to pretty themselves up for our Fourth of July picnic with camp Birch Trail. The ladies of Birch Trails were great hosts, and put on a Hunger Games themed social. Worry not, the campers were not left to fend for themselves with selected weaponry. Our boys were armed only with their wit and their charm! As we got off the buses, we were escorted through the trails where our staff members were kidnapped in the woods to become Tributes for the 2012 Social Games! 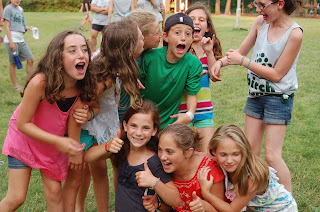 The Birch Trail staff planned a series of icebreaker games that got all of the campers mingling. After a great barbecue dinner, the music started and there was a great dance party. It was so neat to see our guys dancing carefree, just like they do when we’re at North Star, even with the girls around. It was a great Fourth of July!

Tonight we wrapped up a great Friday Night Service on attitude. Even through a hot and humid week, our staff and campers kept their spirit and energy up. We had a great sermonette by Andy Rodheim on how quickly a positive attitude can spread at camp, and it really does. Around camp, you see the positive attitudes spreading everywhere. We see it at the activities all the time as our boys take on new challenges over and over until they succeed. Those great attitudes are just one part of what makes North Star campers the greatest kids in the world! 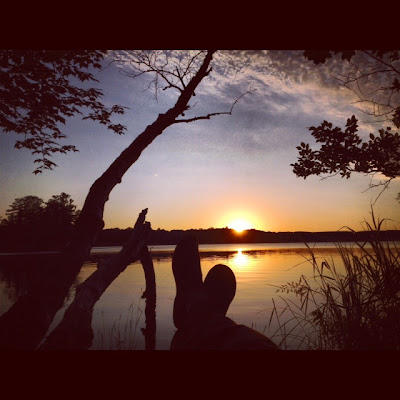