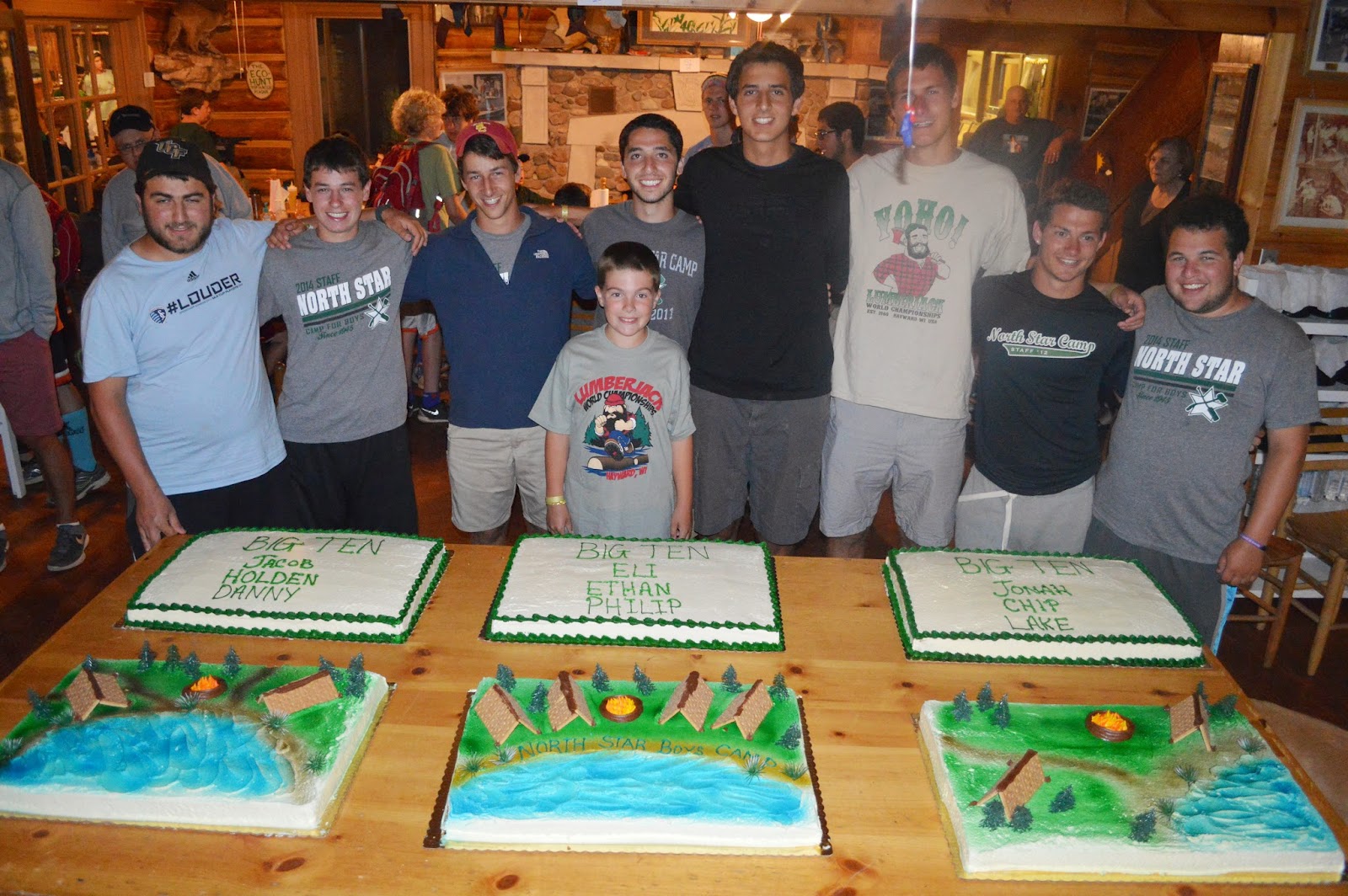 Earlier this week we had the opportunity to honor nine guys who have dedicated the last ten summers to North Star. There are few if any milestones at North Star that are looked at the same way that The Big Ten is. These are often years spent as both camper and counselor and to be able to spend that many years at camp is something pretty special.
Planning for the Big Ten began in earnest in early June. We find a small group of staff who will help us oversee the event. It has to be a small group as the Big Ten is supposed to be a secret and while occasionally someone will find out, we want to surprise as many of the Big Ten folks as possible. Our honorees will do their best detective work to figure out the date of the event, looking for days on the calendar that are likely to end with the Big Ten. 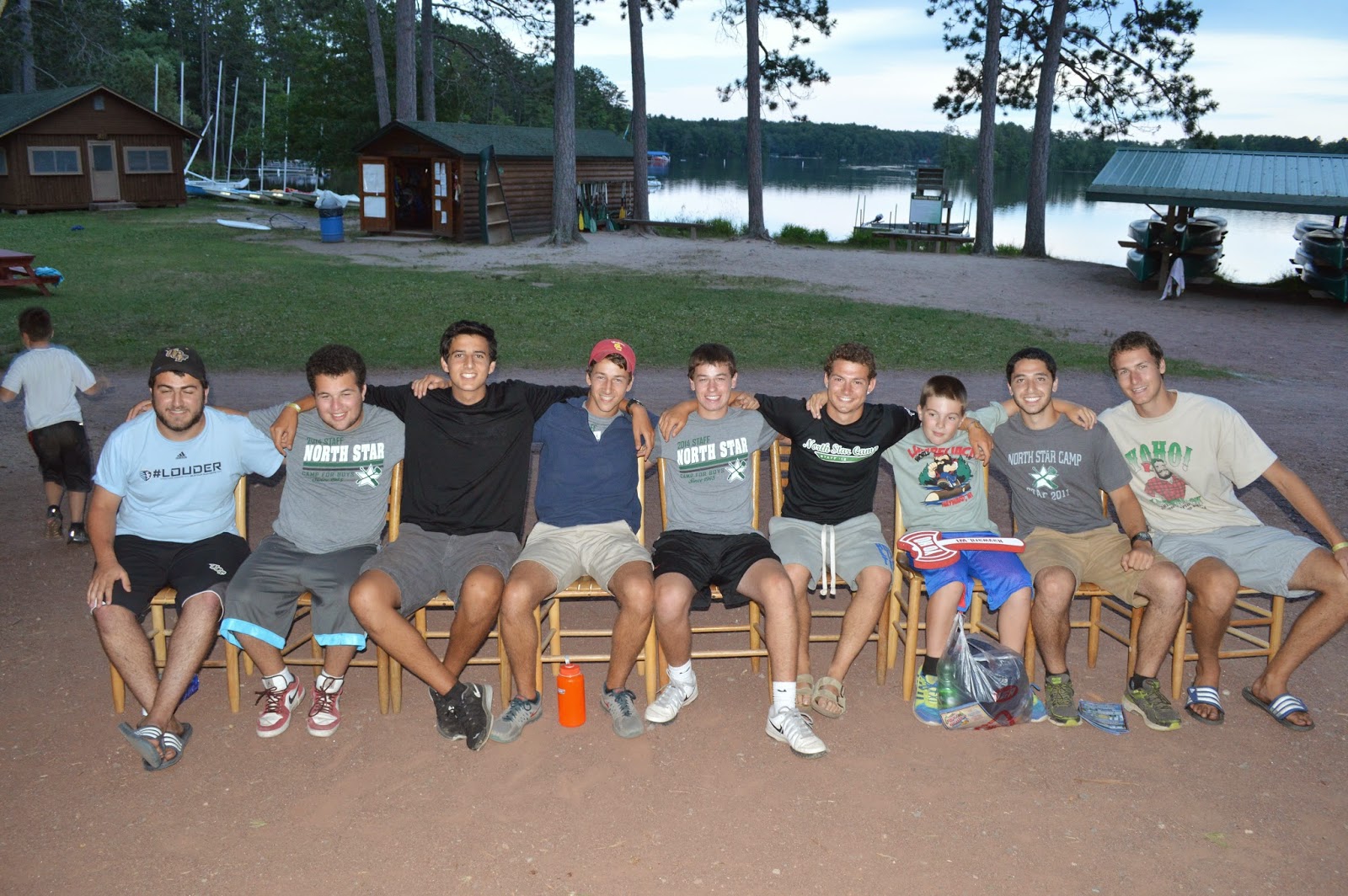 Once the date is set, we invite a large group of guests, from parents to camp friends. This year we were lucky to have over 30 guests make their way to camp for the Big Ten, with visitors coming from as far away as New York. Over the course of the summer, we will do our best to fake out the Big Ten guys. We’ll call them up in front of the camp, send in  guys with banners and costumes, only to unveil a banner declaring it to be a fake. This year the Big Ten coincided perfectly with the Lumberjack World Championships in Hayward. We took the entire camp to the first night of LWC at the Lumberjack Bowl and as the event was ending, we were lucky enough to have some of the competitors come out to answer our questions.
We did some pre-planning, however, and our friends and competitors Abby Hoeschler and Lizzie Horvitz. Both are log rollers and they helped get Big Ten rolling. Towards the end of the Q&A, our Big Ten guys were called down to the front of the main stage at Lumberjack Bowl and Abby announced that it might be, it could be, it was, the Big Ten. After some fanfare, We quickly loaded campers and staff into the buses, headed back to camp, where the guests were waiting to fete the guys. 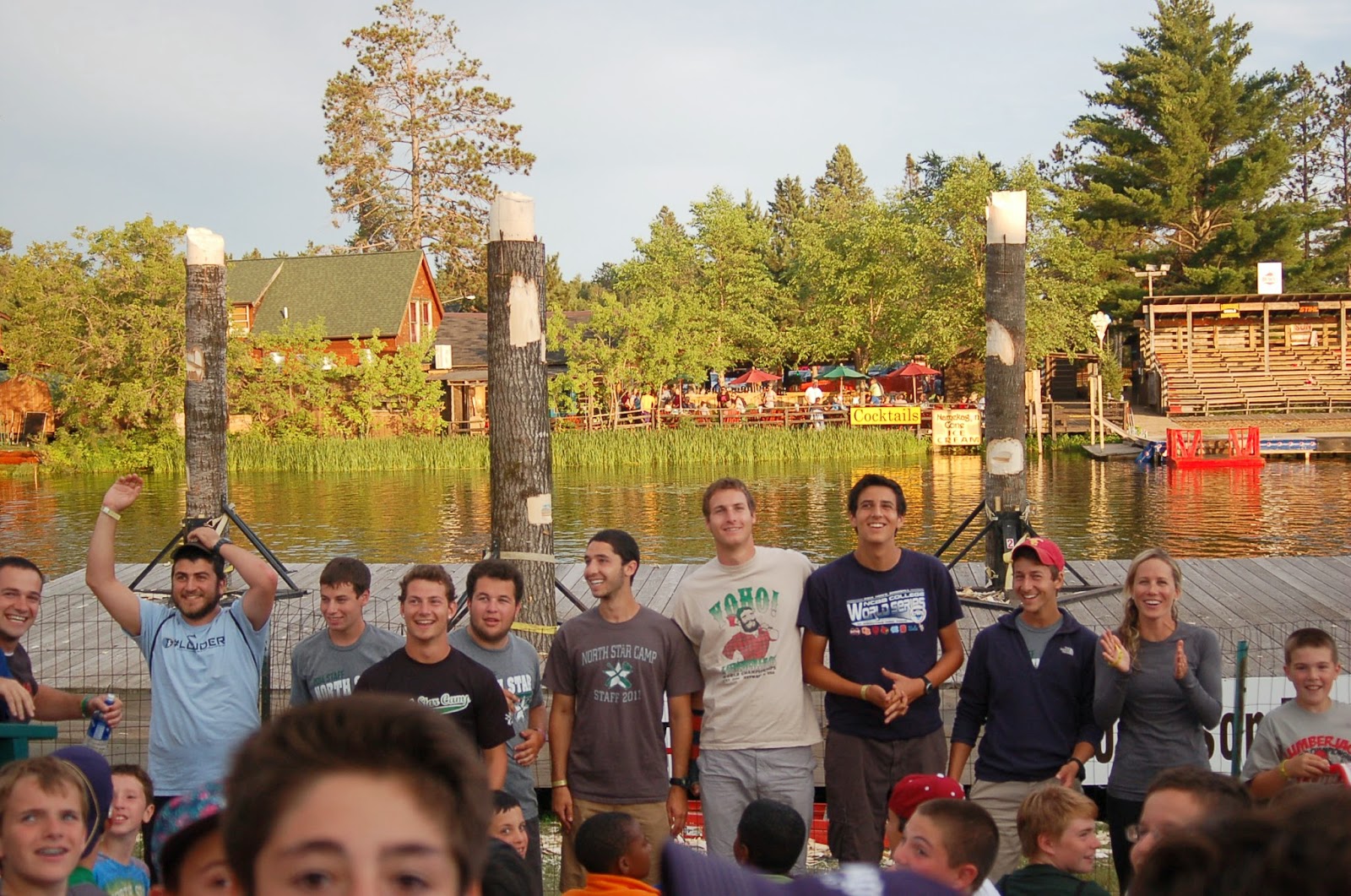 Stories were told as the Big Ten guys were presented with a framed pic of North Star, as well as a poster of pics of them over the years. Everyone gets a kick out of seeing these young men from their younger days!
We thank Jonah Baim, Eli Fried, Holden Greenberg, Chip Kass, Jacob Lehr, Ethan Levy, Lake McCormack, Philip Rasansky, and Danny Verb for ten great years at camp and look forward to ten more!