It may have started as Lazy Day, but it didn’t finish that way! Lazy Day is a chance to catch up on some Zzz’s and spend the morning living like a prince. 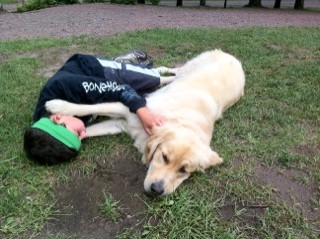 After waking up at their leisure, the campers walk up to the Lodge in their pajamas or bathrobes and can have made-to-order eggs for breakfast while watching cartoons. Now that’s hard to beat!

From there we were off to the races on a day that included an organized free period, North Star Ball, Casino Night, the Art Show, and Espionage. North Star Ball is like capture the flag, but instead of one flag on each end, the Green and White teams were working to get four balls on their side all at the same time. Unlike the flag, you can actually pass the balls between teammates as long as it doesn’t hit the ground. This was our final Green-White event of the summer and we will unveil the scores on Thursday at the Council Ring.

After dinner North Star turned into the Bellagio, with a Casino on one end and a world-class art gallery on the other. In the lodge our costumed crusaders wagered on everything from euchre to war to horsengoggles. 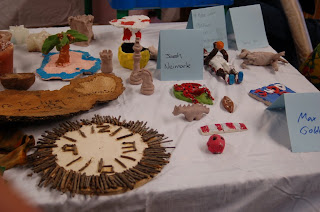 Down in the Arm and Hammer, our sophisticated crowd mused through the fantastic works made by our campers throughout the summer. We were so impressed with the hard work and talent of our artists this summer as everyone looked at their wood clocks and stepstools, mosaic tiles, candles, piggy banks, tye-dye t-shirt pillows and more. It was quite an impressive display.

And after evening program came the moment that the campers had been waiting for – Espionage! The boys got dressed up in their blacks and greens to do their best to blend into the darkness. After sundown at the North Star casino, we began the second session Espionage, themed “Ocean’s 11.” 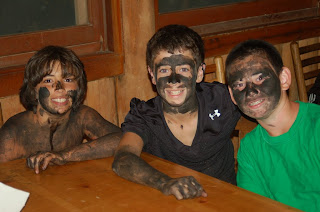 The mission was to break into the “vaults” located around camp. Hotel security was wandering around camp checking identification to make sure that only the welcomed guests were around. The game was a new format developed by our staff members Jared, Oliver, Willy and Harry, and it was a huge success. What a day!