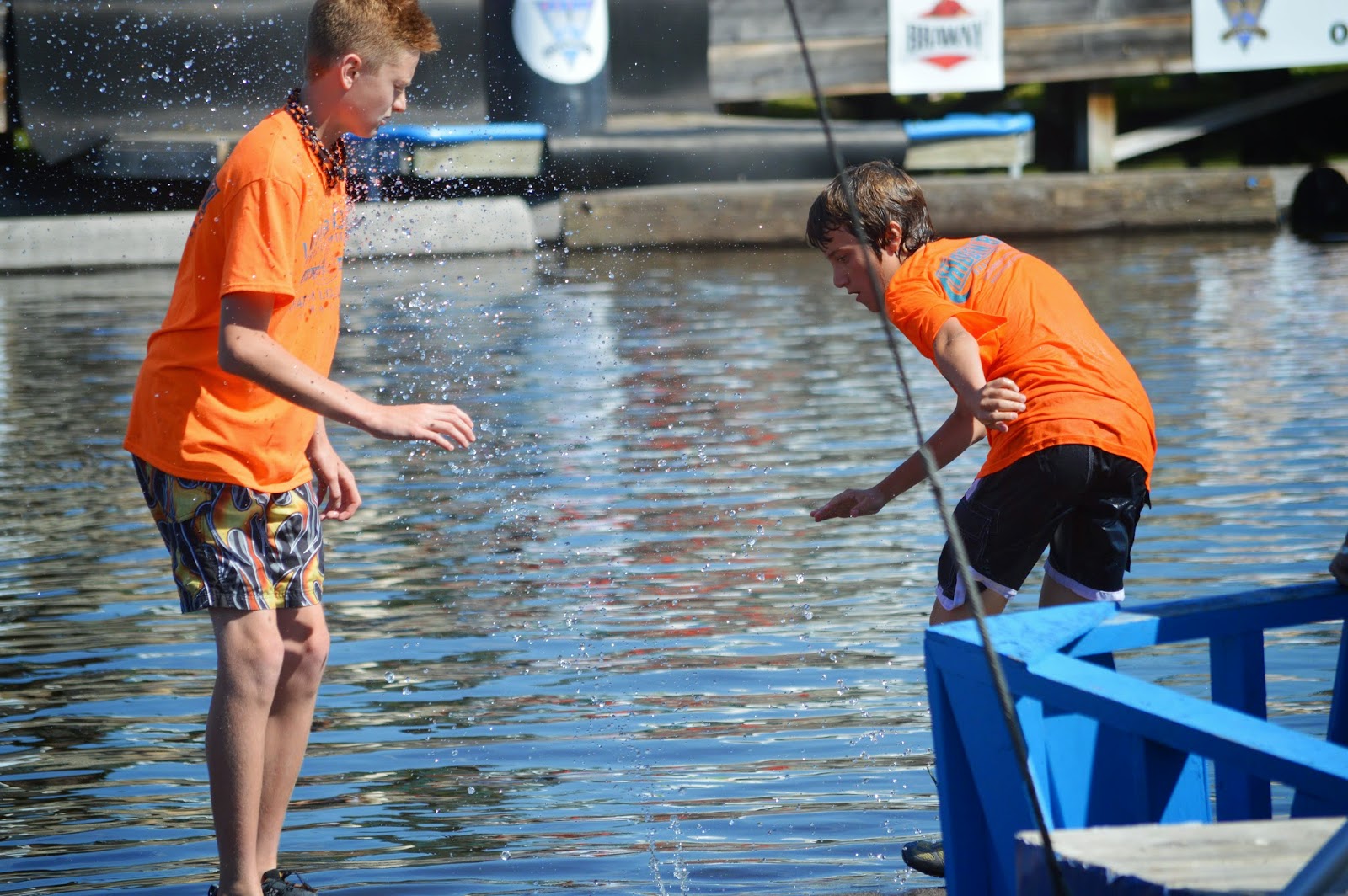 Yo Ho!
Once again this year we have had the opportunity to work with 7 time world champion Judy Hoeschler, and her family. Her husband Jay and their daughters Lizzie and Abby have been training us on our Keylog logs and spreading the love for the sport of log rolling! They have built so much enthusiasm for log rolling, that this year we were able to have five of our campers; Bobby, Jack, Jake, Judd, and Kyle compete in two amateur log rolling competitions. This past week they went to  the Namakagon River Rollers Roll Off and the 55th annual World Lumberjack Championships in Hayward, WI.
During both of the tournaments the boys were a little nervous and very excited to be rolling and meeting other boys that had been rolling for quite a bit longer than they had. Some of them since they were four years old.  During a log rolling match two boys step onto a log and roll until one of them falls off the log. The boy that stays on the log is awarded the “fall”. One match consists of the best out of 5. There is also a time limit on each log and if no one falls off in 3 minutes they move the match to a small log (which is more challenging to roll on).
On Thursday, the first day of the World Lumberjack Championships all of the amateurs had to be at the Lumberjack Bowl in Hayward at 8:30 AM. The boys waited patiently and watched the Under 10 boys and girls roll until the U13 division was called it was their turn to roll. Some of the boys rolled against boys their age from other rolling clubs and some had to roll against their fellow campers. They had to lose two times to be out of the tournament. Bobby, Jack, and Judd advanced and got to roll again on Friday. Friday we all woke up early again and arrived at the Lumberjack bowl at 8:15 AM to warm up before competing. Jack took 6th place in the U13 division!  Everyone put in good effort and Judy was very proud of all the boys. 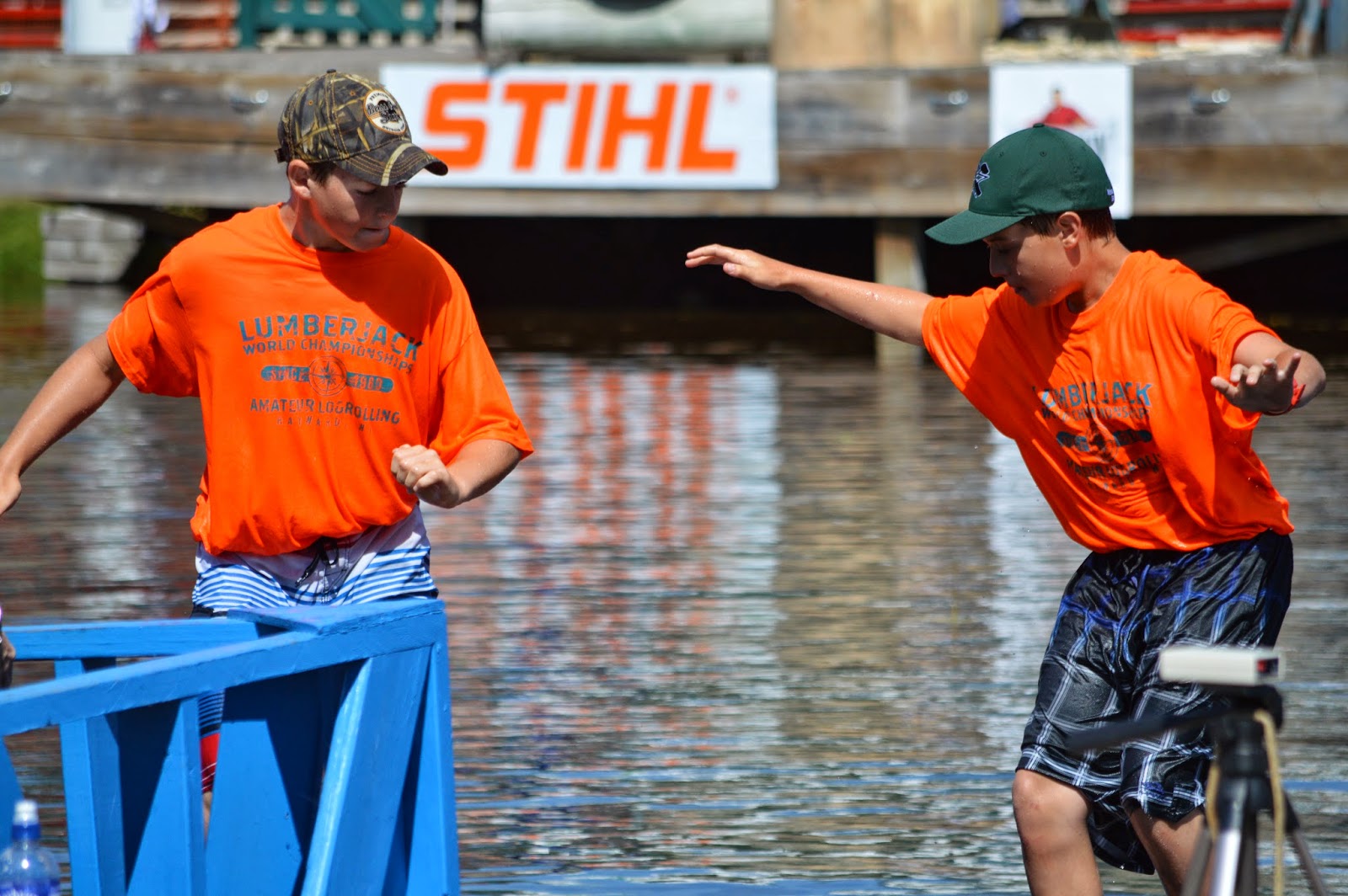 The whole camp attended the Thursday evening opening night of the Lumberjack World Championships to cheer on Abby and LiIzzie while they both competed in log rolling and Abby competed in the boom run. All of they boys want to try the boom run now (good thing they have to be at least 16!) We also cheered on Jason Wynyard and his wife Karmyn again this year.

Now that competition is done more and more of the boys want to learn how to log roll. Judy has been back training more first time rollers and working on more techniques for the seasoned rollers. Jake is now working on jump roping while log rolling and Jay stated that he may be the first one to attempt this on a Keylog. His best is 6 jumps in a row. They are also “sword fighting” using swim noodles while rolling. There are many boats slowing down to watch the new activities! There might be many boys asking for a Keylog to log roll with this winter. Can’t wait to see the new tricks and speed of their feet next year! 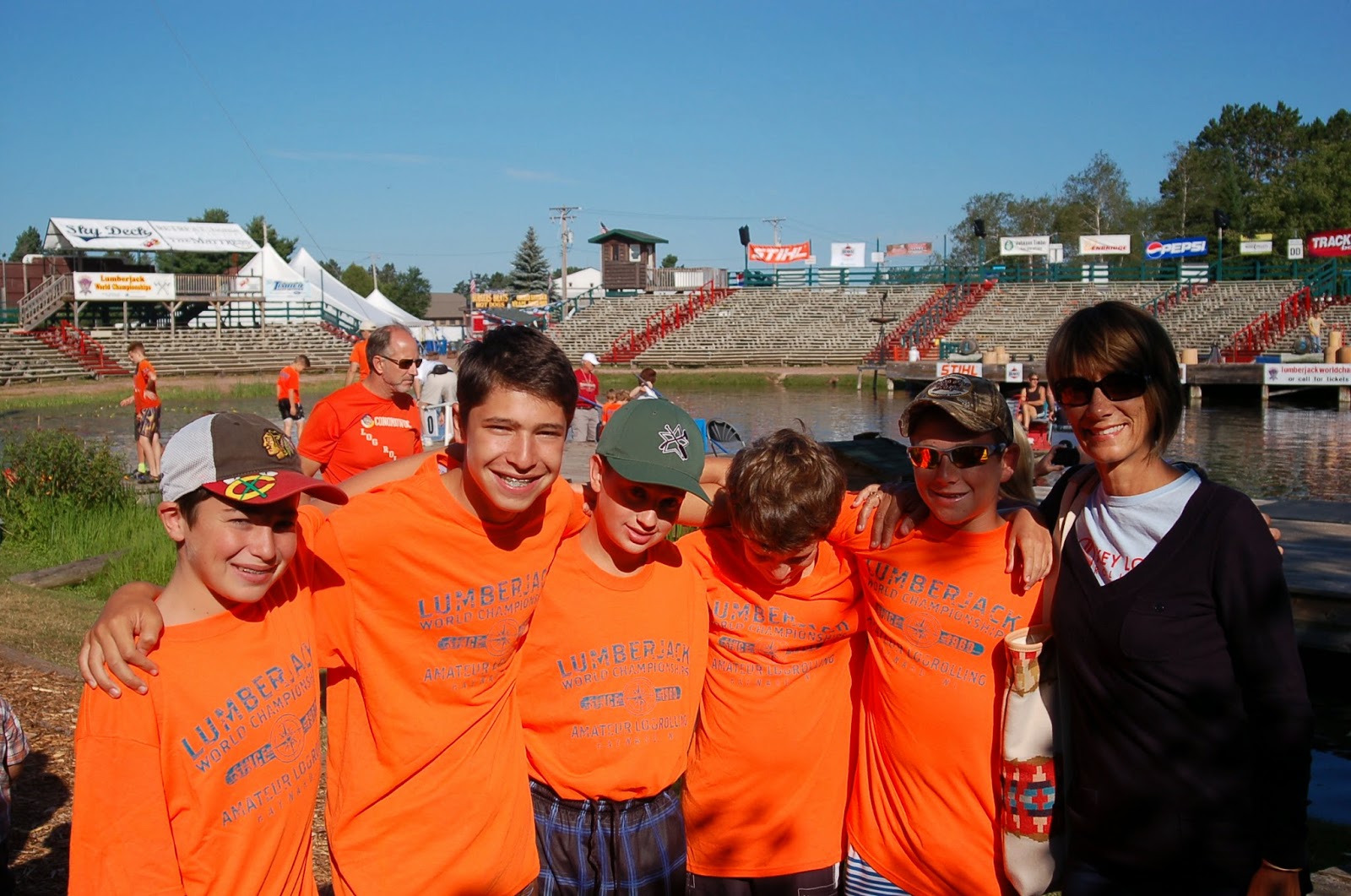