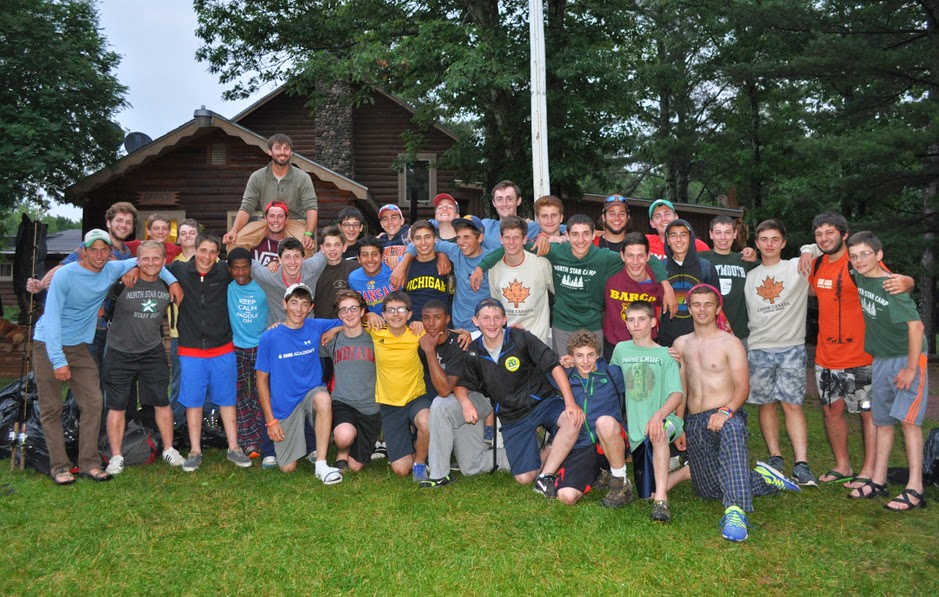 What a difference ten days makes! At camp, we often use Fridays as benchmarks. On Fridays we come together as a camp in the evening, gather around the table for our traditional Friday night dinner of brisket and potato pancakes before we head to the Council Ring. Our campfire service is truly a time to reflect on the week past and take inventory of the accomplishes made. This Friday was even more meaningful as we were welcoming back our oldest campers who spent the last ten days in Canada.
The Canadian, as we call it, is something that campers think about throughout their entire career at North Star. As juniors they see the big, oldest campers head out and then return from this mysterious trip. As they get older, they learn more about the trip, hear the stories and then see their friends go on the Canadian. Then it’s their turn. 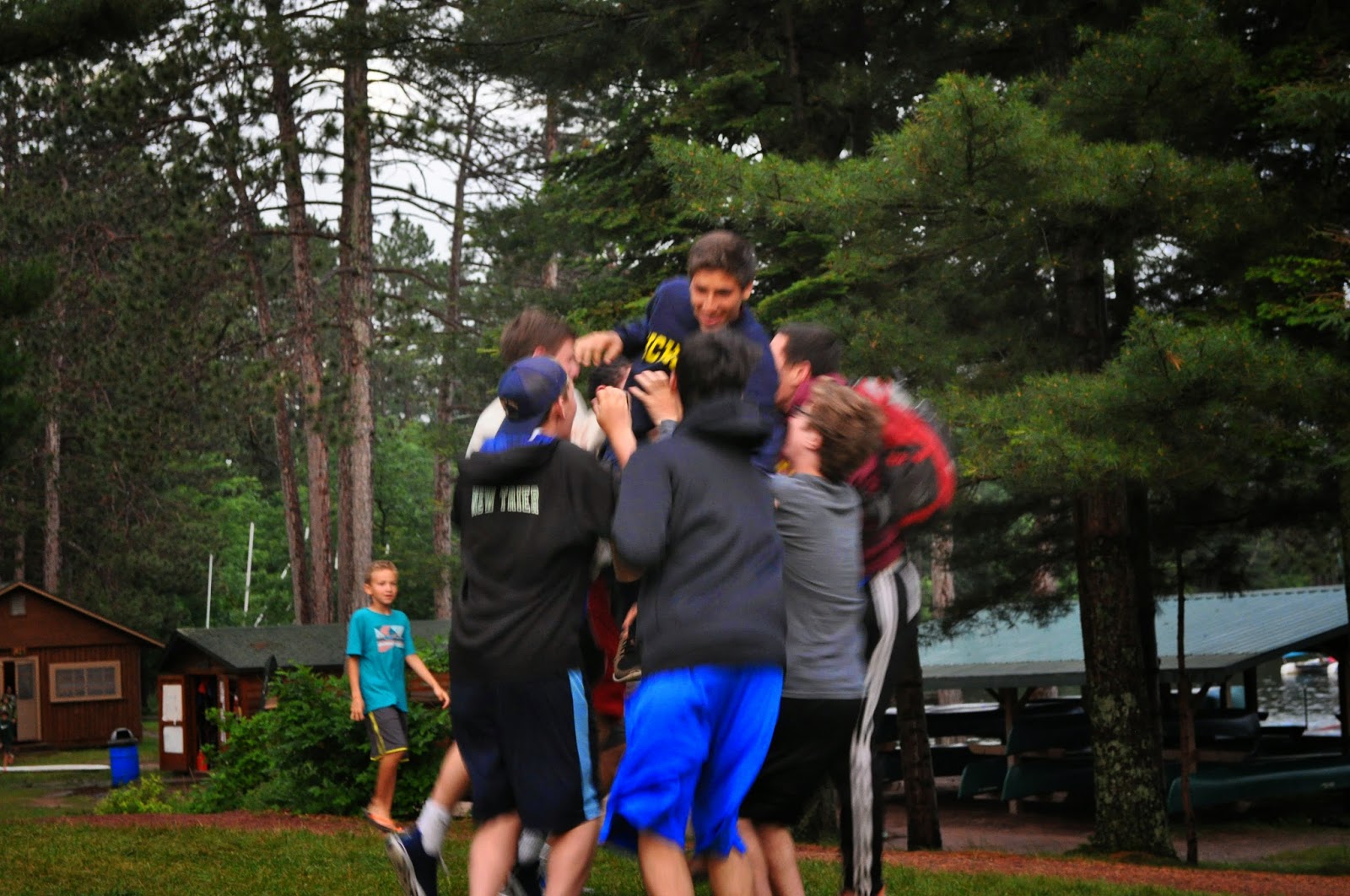 Last Wednesday, we bid adieu to 30 campers, their counselors and trip leaders. Ten days ago our summer was barely 48 hours old and at 7am, cabins Pine, Manor and McCabin boarded a bus that took them through Minnesota, across the border in International Falls and to our outfitter in Atikokan, Ontario. As a Pine Manor camper, there is a wide range of emotions as you prepare and head off to Canada. There is a great deal of unknown, which spurs lots of nervousness and a whole range of emotions.
Each trip is filled with stories. As the campers piled out of the bus tonight, we heard about amazing campsites with tremendous views of stars. We heard about catching some of the biggest fish that they ever saw. We heard about tough portages, rough mosquitoes and weather that didn’t always cooperate. And we also heard about how during these tough times, the cabins pulled together, people stepped up, and memories were made.
Yesterday we welcomed back the Men of Pine Manor, who emerged more confident and self assured after their trip to Canada. Each year the trip returns and the campers are clearly grown. Their demeanor is more confident. Having them back at camp also adds a great spirit and some great role models for our younger campers to look up to.

We hope to share some of the Canadian stories over the coming weeks!