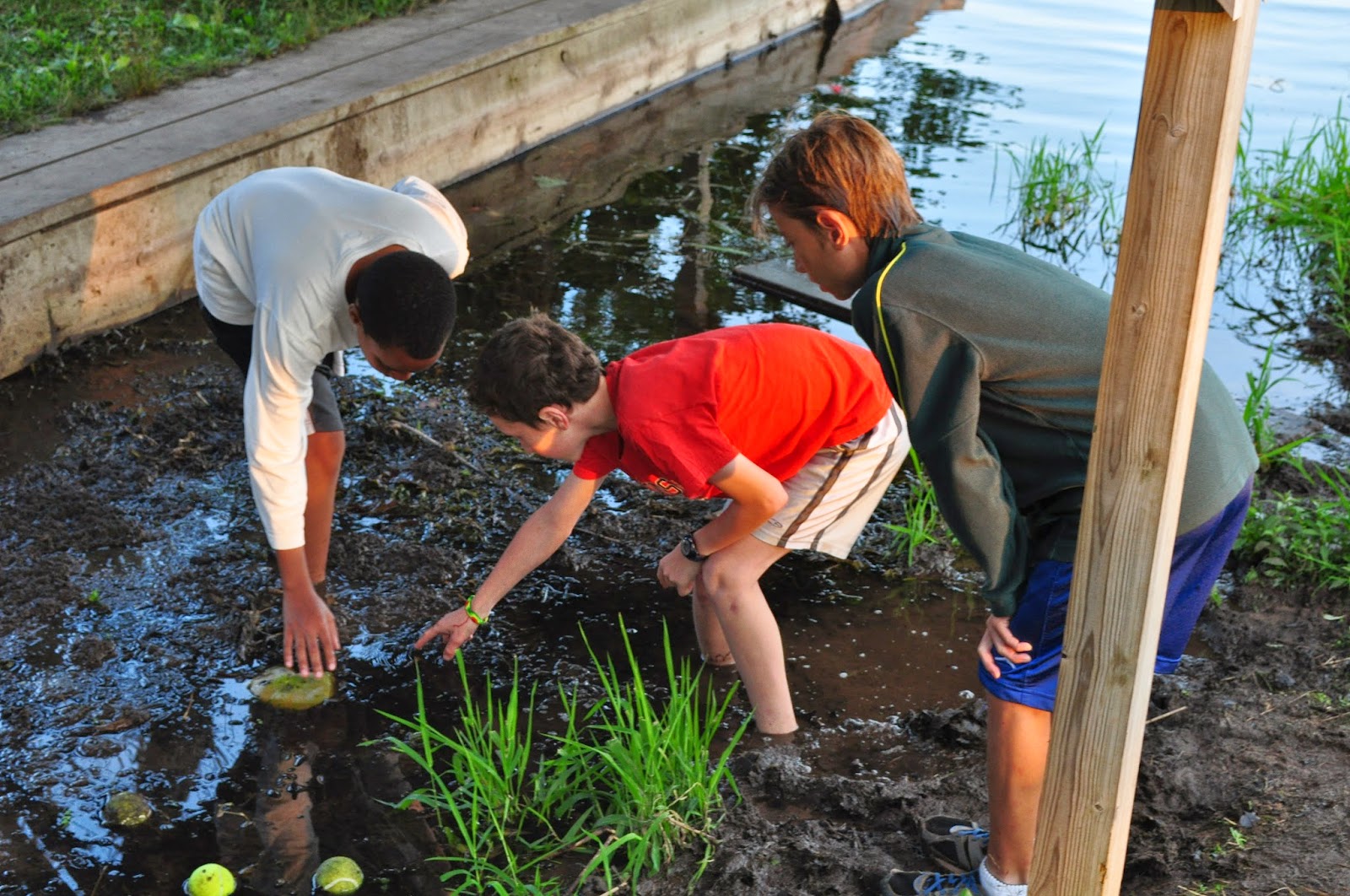 If you were to walk around camp right now, you’d see lots of groups of campers doing various random things. Head over to the waterfront and you’d see a dozen campers on paddleboards, paddleboats and other water toys. The athletic field has a soccer game going on while disc golfers head towards the Council Ring. Swim point has the blob and splashmat in full use while a few campers log roll. You’d even find a few campers ankle deep in mud as they dig through the boat slip for frogs and other animals. This is an organized free and something we do at least once a day at North Star.
Like all other camps, we tend to spend most of our time talking about the special events that happen here at camp. You can read blog entries about special programs like UN Day, Pow Wow Day, Espionage, and the Camper Counselor Hunt. We spend lots of time really highlighting the instruction provided to campers on our program. We’re certainly proud of the community feel and great mentoring that are provided by our counselors. What we don’t talk about very much is what quite frankly isn’t all that exciting, when campers find a pick-up game to play in, when they play a game of cards with their friends, or when they decide to just do nothing. 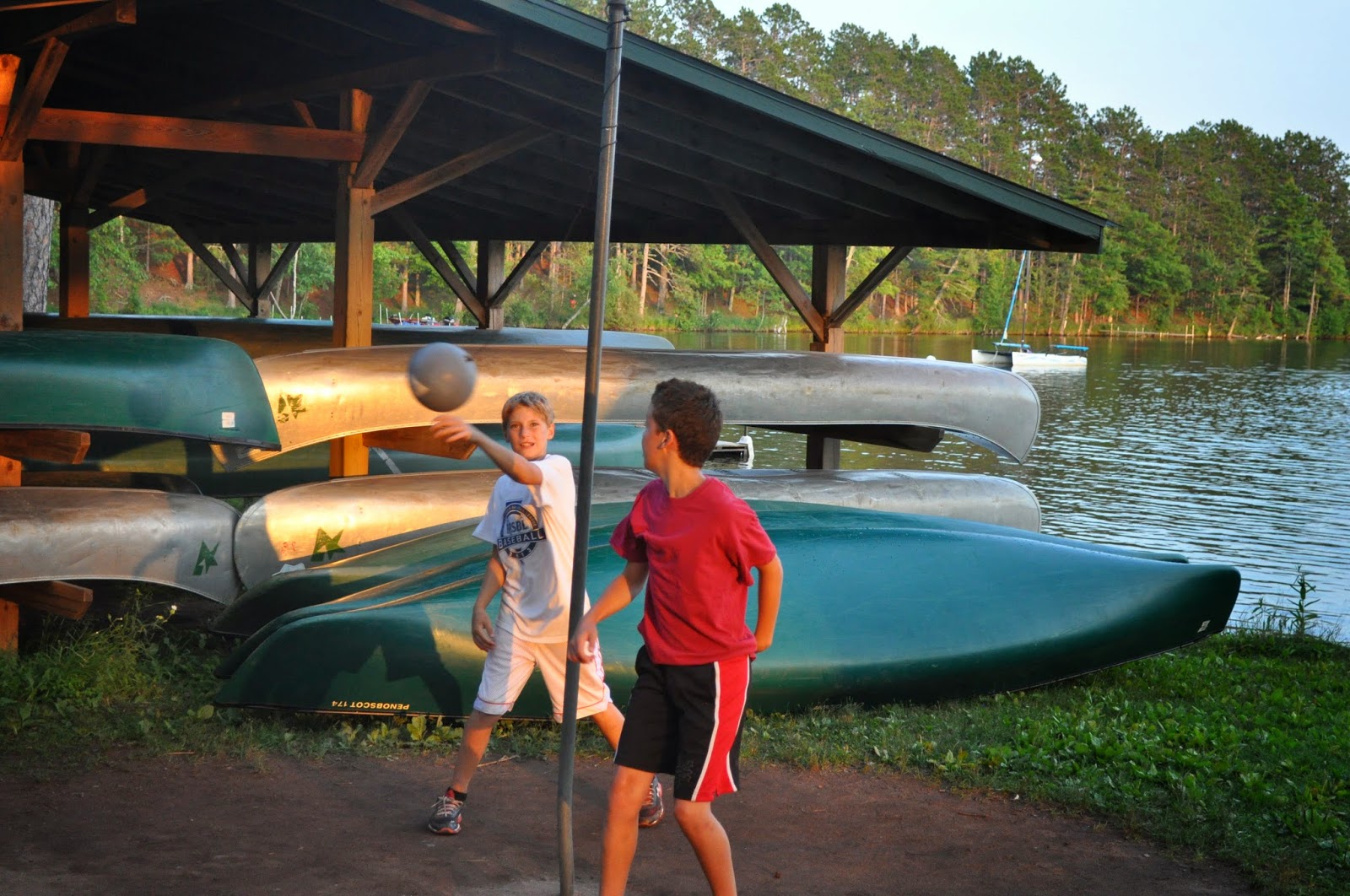 We have organized free periods each afternoon and occasionally in the evenings as well. Campers will raise their hands to let us know which activities they are planning on heading out to. While the majority of our boys no longer know the meaning of a pickup game, this is a chance for them to just play with their buddies. Our counselors staff many of the activity areas (archery, climbing, riflery, and lifeguards man the waterfront), and lead some other games and activities. The boys are welcome to head up to the courts, play a round of disc golf, or sit on the dock and read. They don’t even need a counselor. Whoever shows up can play.
Free play is a popular subject these days when it comes to youth development. More and more, we are finding that kids are scheduled from sun up to sun down. In many schools, recess has made way for more academic learning and few states require as many periods of PE as they did ten years ago. When not in school, kids are being driven from sports practice to college prep tutors and then to other night time programs, clubs and events. This doesn’t even take into account the pile of homework that awaits and keeps many high school students up later than they should be. This Stanford Study showed that homework loads in high achieving communities can lead to high levels of stress and can often be counter productive.
Over the last few years, as we’ve attended camp conferences, the subject of free play has gained more and more attention. The belief that kids are over scheduled and over structured has led many to believe that this has we are creating kids who lack creativity, are unable to think for themselves, are less self reliant and struggle to problem solve. The days when parents sent their children out to play and often didn’t see their kids until it was dark out have all but ended.
There is quite a bit of debate over whether kids should be out, playing on their own, there is more and more evidence that providing less structure to play time has real, tangible benefits. Instead of having their full schedule put together by parents, teachers and coaches, the onus is on kids to figure out what they are going to do. Instead of having games and activities planned for them, kids use their own creativity to figure out games and activities of their own, often inventing new, fun activities. Instead of constantly being surrounded by teammates, friends and others, kids have the opportunity to be by themselves and take stock of their feelings and emotions. 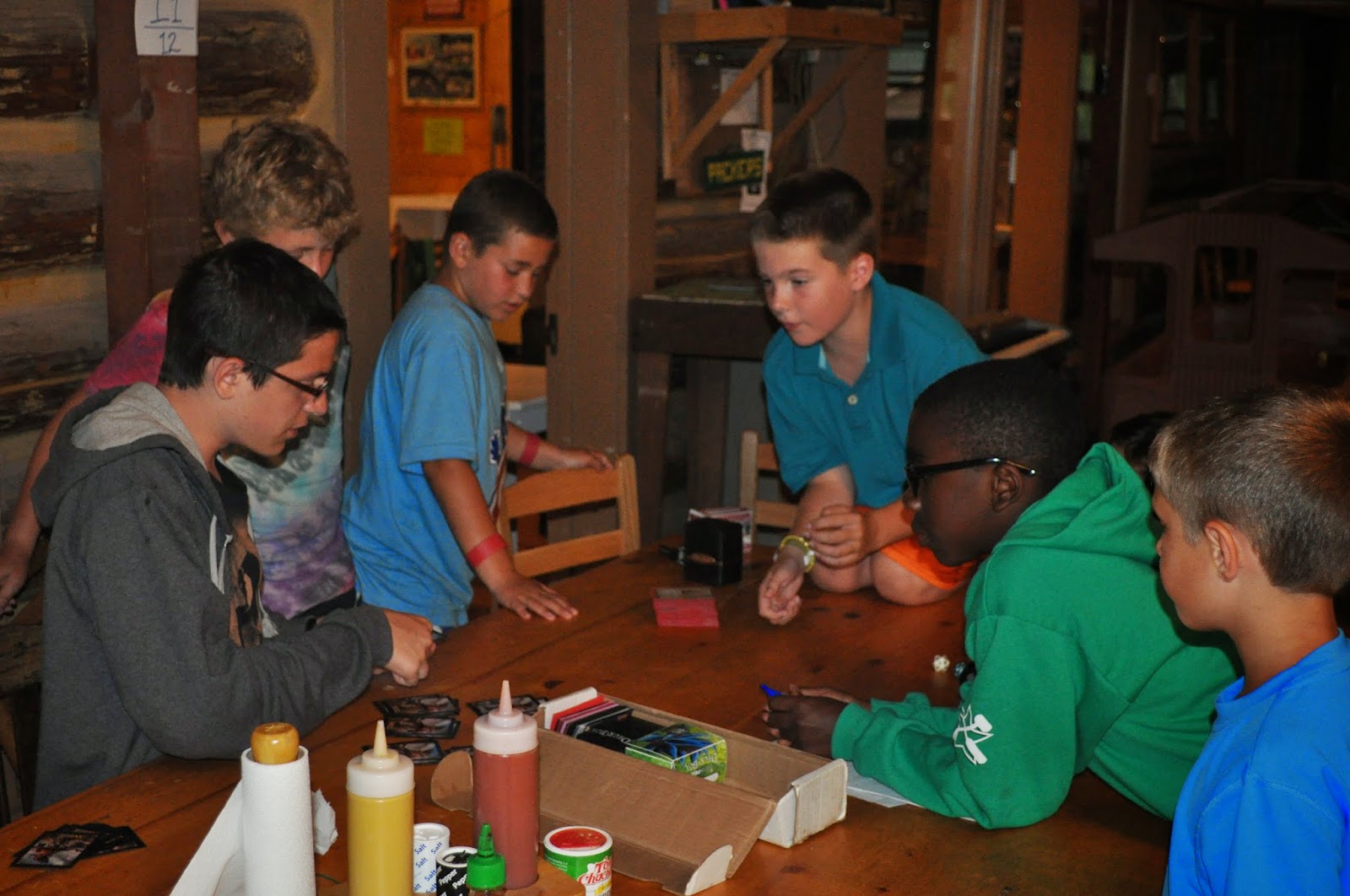 At North Star, this is why we have organized free periods. They are organized and there is a structure, allowing campers to choose from different sports games, open activities and other water and land based activities. They’re also given the opportunity explore camp, take out a ball and play catch, and find their own, safe ways to have fun. One of my favorite comments tonight was when a camper told me that he was just looking forward to checking out a stand-up paddleboard on the waterfront and watching the sun set. One of the things that we all can do to help our kids is find more opportunities for them to be self reliant, use their own imaginations and sometimes just do nothing.