A few months ago when we introduced Dylan Fogarty, we talked about former counselor Scott Diebel, who was stepping out on a limb by referring a friend to work at camp. Counselor Jeremy Palgen is taking a double risk by bringing two friends to camp. One of these guys, Adam Pechmann was an undergraduate at the University of Illinois where he and Jeremy were fraternity brothers. He has since graduated and is now in graduate school at Eastern Illinois University hoping to one day become a school psychologist.
Adam grew up in Galesburg, IL. During high school he moved to St. Louis. He’s from a large family, with seven brothers and sisters. He’s always been interested in sports and the outdoors. He’s taken education coursework, which gave him the opportunity to tutor and mentor kids. Sounds like camp will be right up his alley.
More About Adam:
Favorite TV show: The Office, Arrested Development, It’s Always Sunny in Philadelphia, Dexter, Lost…I swear I prefer the outdoors.
Best place you’ve ever traveled to: South Padre Island, TX; Ocean City, MD; Daytona, FL, basically anyplace beach-side.
Sports team(s) that you root for: St Louis Cardinals, Rams, Blues; Chicago Bulls
How did you learn about North Star and why did you apply: I learned about North Star from a friend of mine at school who was a senior counselor last year and will be returning again this summer. He heard I was looking for a job that involved working with kids and he told me about the camp. It sounded like a perfect fit for me and I’m really looking forward to this summer!
What did you do last summer: Last summer I prepared to leave the security of my undergraduate career at the University of Illinois and head off to graduate school. I spent my last few months on campus working for a hotel and banquet center as a bartender and a server at T.G.I Friday’s. I spent my free time poolside or playing on a summer softball league (an absolute must!)
What noteworthy/menial/random job(s) have you previously held: My first and probably favorite job thus far was working as a soccer referee in my community league in St. Louis. Since then I’ve worked mainly in the food service industry and swear to never return.
What, if any previous camp experiences have you had: I’ve attended various soccer and baseball camps growing up, but nothing like the North Star. I can’t wait to see what a real camping experience is all about.
If you had a super hero power, what would it be: Telepathy
Best Christmas present that you’ve ever gotten: Mountain bike in the 4th grade.
Preferred chicken nugget dip: BBQ sauce 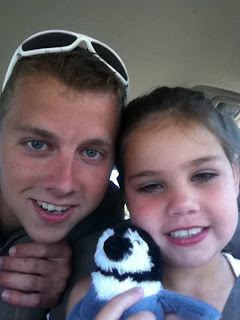