In early February, Andy and I headed on our annual trip to the Detroit area. Along with a camper fair in the suburbs, we also make a few campus visits for staff hiring. The circuit usually includes Michigan State University, the University of Michigan and Eastern Michigan University. We do our best to spread the word and while on the trip, we got an application from Adomas Rauckis, a student at Eastern Michigan. I sent him an email to see if he could stop by during my visit to campus, but unfortunately he had work until 1pm, and I was leaving town at noon. I figured that extending my stay wouldn’t be a problem, but Adomas has class right after work, so he wasn’t able to meet until 5pm. I’m definitely glad that I decided to stick around… not only was I able to head back to Ann Arbor and visit the Maize and Blue Deli, but I got to meet Adomas, who we’re thrilled will be joining us for his first summer.
Adomas hails from Imlay City, MI and is currently a sophomore at EMU. He’s studying International Affairs and hopes one day to head to Washington D.C. to work in politics. Throughout high school Adomas was involved in Michigan Boys State and Boys Nation. He has lots of camp experience and has been a counselor the past two summers.

Adomas  is an avid bow hunter and fisherman, so we’ll make sure to put him to work on archery and fishing.

More About Adomas:
Favorite TV show: Burn Notice
Best place you’ve ever traveled to: San Antonio, TX
Sports team(s) that you root for: Detroit Red Wings, Detroit Lions, Detroit Tigers, Michigan Wolverines and Texas Longhorns
How did you learn about North Star and why did you apply: I learned about North Star through my fraternity’s Facebook page where we post things that may interest brothers. I looked over the website and decided that working at North Star seemed like an experience I couldn’t pass up.
What did you do last summer: Worked in a pickle factory (no joke)
What noteworthy/menial/random job(s) have you previously held: I have baled more hay than I care to think about
What, if any previous camp experiences have you had: I am an alumnus of Michigan Boys State and Boys Nation. I have been a counselor at Michigan Boys State for the past two summers.
If you had a super hero power, what would it be: Super Speed!
Best Christmas present that you’ve ever gotten: Nintendo 64
Preferred chicken nugget dip: Honey Mustard 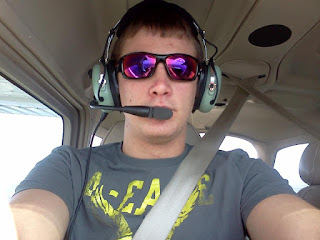