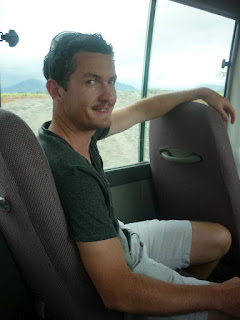 Ben Lamont hails from Seaton in South Australia. A graduate of the University of South Australia, he’s returned to university to receive his masters degree in teaching. He has worked as a free lance outdoor activity instructor, taking school groups out camping. He recently completed a rock climbing instructors course and has taken groups on both high and low ropes courses. He’s also coached tennis, his sister’s basketball team and his own under 17 soccer team.
He describes himself as a bloke from the country in South Australia who loves playing all sports and all outdoor activities. Apparently his friends would describe him as  the guy who is always keen to do anything! His career goal of being a physical education teacher will be put to good use at camp, where he’ll be a climbing and pathfinders instructor.

Sports team(s) that you root for

How did you learn about North Star and why did you apply: Simply through CCUSA and i wanted to come to camp to have a culminating experience after finishing uni and to have an experience that takes me out of my comfort zone. I have also received a lot of positive feedback from previous camp workers!

What did you do last summer: Well summer here in Australia I had a relatively boring year but managed to spend some time in my home town (Port Lincoln) fishing and golfing, a lot of time at the beach and climbing around Adelaide and working!

What noteworthy/menial/random job(s) have you previously held: For the past couple of years I have been working part time in a camping store to put myself through uni. Besides that before starting this course I did some work with schools as an outdoor instructor, specifically with rock climbing and bushwalking. Besides that I worked as a courier in Portlincoln before starting uni but boring!

What, if any previous camp experiences have you had:  I’ve done in terms of uni and work but basically it includes many locations throughout South Australia, mostly bushwalking, but also climbing, snorkeling, kayaking and surfing. I’ve also done camps in Victoria and Tasmania including white water kayaking.

If you had a super hero power, what would it be: Either flying or Unbreakable (invincible kinda) haha can’t decide!

Best Christmas/Hanukkah present that you’ve ever gotten: Probably my old bike but I can’t help but think of a cricket set I once got. 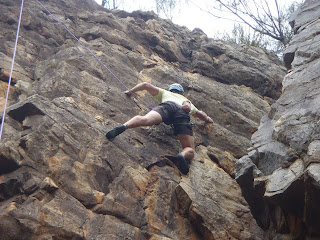