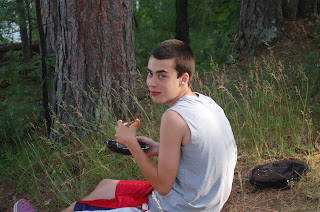 Ben Weil hails from Denver, CO and is a sophomore at the Denver School of the Arts. Ben is active in both theater and athletics. He’s a big basketball fan, particularly of the Denver Nuggets. Ben was involved in his school’s dance show and was given a tremendous amount of responsibility when he was tasked with calling the lights for the show.
We welcome Ben back as one of our Counselors in Training. He is returning for summer number seven, Ben will be instructing arts & crafts as well as basketball. Ben and his brother Ari are one of two sets of twins amongst our CITs this year, along with Parker and Philip Rasansky.
More about Ben:
Favorite tv show: Chuck, Dexter, or Friends
Best place you’ve ever traveled to: Florida, Washington D.C. or California
Sports teams that you root for: Denver Nuggets, Denver Broncos
Favorite camp meal: Hamburgers (first night)
Favorite spot at camp: Arm and Hammer or Basketball court
Favorite all camp/special program to do at camp: I love the play but I also really like Glen’s Game. I tried SO hard my first year to get the climbing wall stamp and i finally got it and i was so proud of myself. Glen’s game is super fun.
Earliest camp memory: Hmmmm that’s a hard one. I would say being shown the basketball courts my first day as a camper by a counselor and just staring in awe of how many hoops there were.
If you had a super hero power, what would it be: Easy, Super Strength. I would say i would be superman but superman is every super power so that would be cheating the question.
Best Hanukkah present that you’ve ever gotten: Maybe a skate board because at the time i thought i was going to go off and learn how to skate board but in the end i never did. Now there is just a skateboard laying around the house. Getting a playstation 2 was pretty awesome.
Preferred chicken nugget dip: Honey Mustard. ahh yeah 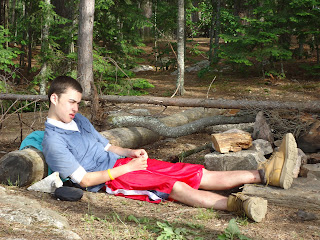