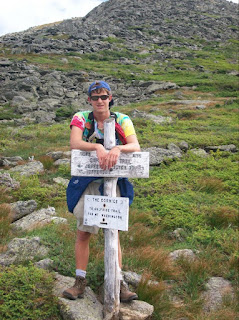 My name is Caleb Brown. I was born and bred in Columbia, South Carolina, but now currently reside in Rock Hill South Carolina and attend Winthrop University. Most recently I have been involved in a academic internship with the Latin American Coalition. The Latin American Coalition is a non-profit organization, which primarily works with legal issue regarding immigration and differed action cases in the North Carolina. This internship has been very important to me because I have strongly considered applying to Law School.
While also working I have found time to do a great deal of Hiking and exploring this year. Most recently I have been hiking and bouldering in Crowders Mountain State park just outside of Kings Mountain NC. Being a history major I spend a lot of time visiting historical sites around South Carolina. Most recently I have traveled to Cow Pens and old revolutionary war battlefield in the upstate of South Carolina. I have also spent my first few weeks of summer traveling down to the coast of Carolina spending time in both the Grand Strand (Myrtle Beach), and Charleston visiting family and friends.
With the summer heat and humidity falling on Carolina it has become prime time for fishing, and eating seafood. The past few weeks I have boiled Carolina Blue Crab, and grilled shrimp on the open range. I always enjoy the first few weeks of summer in the South Carolina because all of the tourist flock to the coast, and I have the opportunity to help my uncle tend to his restaurant in Myrtle Beach, SC. I will be returning to Winthrop University this August to complete my senior year. Upon graduation in May I intend to hike the Appalachian trail from Georgia to Maine, and then if all goes according to plan start graduate studies in Fall of 2015.
More About Caleb

Your three favorite movies of all time: My favorite movie of all time is the “Lion King” I love the dynamic dialogue, amazing musical pieces, and most importantly the bond shared between Simba and Mustapha “Father and Son” As for other movies I am also a great fan of the King’s Speech, and Star Trek into Darkness. I thoroughly enjoyed the King’s Speech because it showed a mans adversity when dealing with public criticism, while being in the spotlight! I love Star Trek because I enjoy Science Fiction stories and space travel. In my dream world “Star-Fleet” would exists, and I would be standing on the bridge of the U.S.S Enterprise right next to Captain Kirk!

What is your dream job: My goal in life is to start my own non-profit, which would bring sustainable living, and musical instruments to disenfranchised youth around the world. However; if I had to work for any company or organization I would love to be a United Nations adviser and Peace Keeper. I have many friends who have traveled through and come from other nations around the world, which are not as fortunate to have the freedoms we do in the United States. To make a long story short I essentially want to work a job where I come home after a long days work knowing that I helped improve someone’s quality of life.

Best place you’ve ever traveled to: This is a toss up between Paris France, London United Kingdom, and Acadia National park in Maine. Being a history buff I loved slowly pacing through the Hall of Mirrors in the Palace of Versailles (Paris France) Versailles is filled with diplomatic history, and has been the site of many treaties regarding international conflicts. I thoroughly enjoyed my travels through London because they allowed me to visit the “Tower of London” Lastly I enjoyed my travels through Acadia, Maine because I had never seen such beautiful natural formations. Backpacking and hammocking under the stars in Acadia Maine to the sound of ocean waves crashing against monstrous sea cliffs was the most energizing sleep I have ever had in my life.

If you could have lunch with any two people, dead or alive, who would they be?: I would love to have lunch with Franklin Delano Roosevelt simply to discus politics, and grasp a firmer understanding of what life was like in the “Great Depression” I would also love to sit down and have a chat with Frank Sinatra and the Rat Pack to brush up on my singing skills, and suave appearance.

How did you learn about North Star and why did you apply?: I learned about North Star after applying to another camp in Minnesota. The other camp did not have any openings, so fortunately they passed my information on to North Star. When Dan and Andy contacted me and told me more about the summer program, I was excited about the opportunity of working with such a great camp ground and staff. I applied because, while Wisconsin is a long way from South Carolina my experience at North Star will allow me to understand the experience of growing and living in the Mid-west Great Lakes region of the United States.

What did you do last summer?: I worked at Camp Burnt Gin South Carolina’s camp for children with special needs. 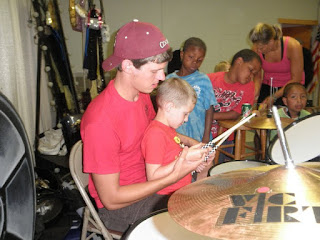