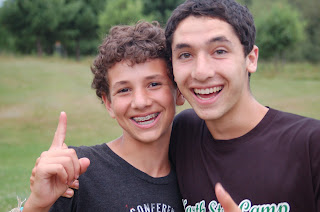 Danny Verb returns for summer number nine. A native of Riverwoods, IL, Danny is a senior at Deerfield High School. Like our other second year Junior Counselors, Danny has been occupied with the college search process. He’ll be heading south for his higher education as he’s off to New Orleans and Tulane University in the fall. He’ll be joining a nice crew of NSC guys at Tulane.

Danny has been working at the Sachs Recreation Center as a swim instructor. He’s also been involved with his synagogue youth group. At DHS he’s been on the soccer and volleyball teams. At camp he’ll be instructing climbing and archery and we’ll make sure to get him playing some soccer and volleyball.

Your three favorite movies of all time: Batman Begins, Cast Away and Shawshank Redemption

If you could have lunch with any two people, dead or alive, who would they be?:  Bill Gates and FDR

What is your dream job: A patent lawyer for a large company

A little known fact about yourself: I learned how to solve a Rubik’s cube at camp my third summer. 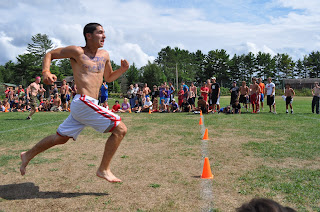