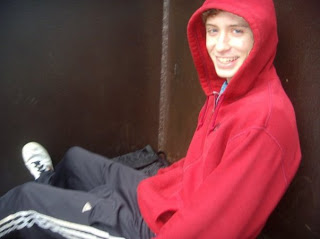 There is a lot of pressure that arises when a former staff member refers one of their friends to work at camp. You’re worried that if your friend doesn’t do a great job, there goes your reputation (so much for that job reference!!!). On the other hand, if your friend doesn’t have a good summer, you may never live down “the summer that you had be go work at that crazy camp in Wisconsin”. So there is a lot of pressure on 2011 counselor Scott Diebel, who told us back in the fall that his friend Dylan Fogarty would make a good counselor.
Dylan is a sophomore at the University of Minnesota – Twin Cities.  He is currently working on majoring in Sport Management.  To put it simply, his life revolves around sports.  Whether he is playing, watching, discussing, or thinking about them, he love every aspect of sports.  Dylan’s best friend is Scott Diebel, and Dylan claims that they are very similar.  Like Scott, Dylan loves being outdoors in the summer.  Hailing from Arlington Heights, IL, Dylan has two younger sisters. At camp he’ll be a tennis instructor.
More about Dylan:

Best place you’ve ever traveled to:  Montana and Wyoming.

How did you learn about North Star and why did you apply:  My best friend Scott Diebel worked at the camp last summer.  He said that he had a blast and recommended that I apply as well.

What did you do last summer:  I worked for Motorola on an assembly line building radios.

What noteworthy/menial/random job(s) have you previously held:  Currently I am a student manager for the University of Minnesota Women’s Basketball Team.  I travel with, practice with, essentially do everything for the team.

What, if any previous camp experiences have you had:  I used to go to a lot of basketball and tennis camps when I was younger.  The last camp experience was a 5 day camp at the University of Illinois Tennis Camp.  It was the best week of my summer.

If you had a super hero power, what would it be:  Definitely the ability to become invisible. There is no question.

Best Christmas present that you’ve ever gotten: My Nintendo 64 when I was in elementary school.  It was classic. 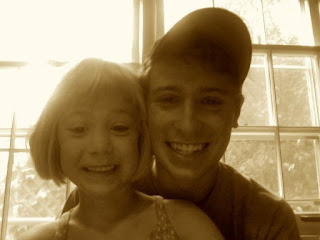