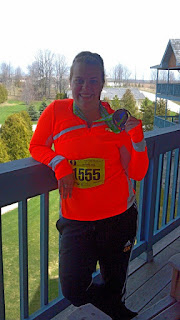 Heather Solorio will have a busy few weeks. At the end of May she’ll graduate from  Concordia University in Milwaukee with her degree is nursing. A few weeks later she’ll take her nursing boards (exams) and start her first summer at North Star. She’s well versed in summer camps, having worked at Camp Silverbrook last summer. She also has done extensive work in pediatric settings, having spent time at the Children’s Hospital of Wisconsin. She shadowed a school nurse at St. John’s Military Academy and worked at Penfield daycare/pre school.
These past few months Heather has been focusing on running for my half marathon and graduating school.  She just completed my first half marathon this past weekend hopes to compete in another after summer.  She’s also starting my training to do a triathlon. We’re thrilled to have Heather on board as our camp nurse. Our heath center will be well staffed with Heather and Caitlin working alongside Sue.
More About Heather

Your three favorite movies of all time: Picking top three movies is hard to do, but I would have to say Iron Man, Despicable Me, and Pitch Perfect.
What is your dream job: I would love to work down south in North Carolina at St. Jude’s Hospital.
Best place you’ve ever traveled to: Belize in Central America to provide nursing care for the families there.

If you could have lunch with any two people, dead or alive, who would they be?: Bill Nye the Science Guy and Luke Bryan

How did you learn about North Star and why did you apply?: I actually heard of North Star through Google. I applied because I thought it would be a fun job to have before I get a traditional nursing job in a hospital setting.  It is also a great place to start my nursing career and follow my love for kids and helping to keep them safe and healthy.
What noteworthy/random/menial jobs have you held?: I worked the past 6 years in a fitness club as a lifeguard and then also as a swim instructor.  I currently also do dog walks during the day.
What did you do last summer?:  Last summer I worked at Camp Silverbrook as a counselor and lifeguard. Then as a chaperone for Camp Alice Chester we went up to the Apostle Islands for a weeklong Yacht trip.
What, if any previous camp experiences have you had?: I have worked at Camp Silverbrook out in West Bend for a summer.  At the start of  summer I go camping with friends at Rock Island, which is off the tip of Washington Island. 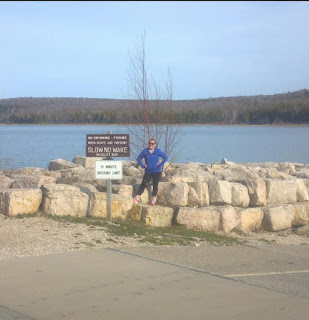