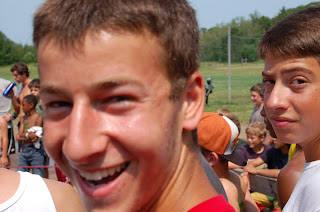 Jacob Lehr heads to camp after spending the year in LA. He just finished his freshman year at the University of Southern California, Jacob hails from Omaha, Nebraska. He’s undecided on a major, trying Civil/Environmental Engineering next semester. Jacob is involved in Troy Camp, (mentoring, tutoring) and  just finished a one-week sleepover camp for kids in local schools. He’s also involved in SC Outfitters, an outdoors club, and will be leading trips as a guide next year.
At camp he can usually be found on the tennis courts and he’ll also do his share of golf instruction and waterfront activities this summer as well. We’re thrilled to have Jacob back for summer number nine!
More About Jacob
Favorite Tombstone pizza type: Hawaiian
Favorite project at camp (that you don’t necessarily instruct): Logrolling
Your three favorite movies of all time: Anchorman, Into the Wild, Lion King
Preferred wanegan offering: Pop Wanegan (Squirt!)
Best evening program at camp: North Star Ball
Favorite cartoon character: Marvin the Martian
Favorite camp (card) game: ERS (Egyptian Rat Screw)
If you could have lunch with any two people, dead or alive, who would they be?: Bear Grylls and Thomas Jefferson
What is your dream job: Professional Table Tennis Player
A little known fact about yourself: I used to be into Karate. 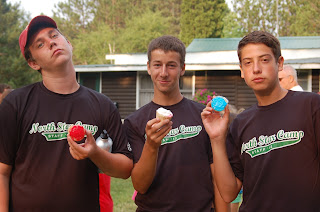