Jacob Sherman returns to North Star for his ninth summer. A native of Oak Park, IL, he’s just finished his second quarter at  at Northwestern University. He’s a second generation camper and staff and his family has been coming to post camp for many years. During the summer he’ll be one of out tennis instructors and he’ll also teach some disc golf as well.
At Northwestern, Jacob is very involved in the local community. He’s been working at Chute Middle School (in Evanston) tutoring and leading activies in a after school program. He’s also been involved with the Northwestern Community Development Corps,  volunteering and planning special events in the community. Jacob also joined Zeta Beta Tau fraternity.
More about Jacob
Favorite Tombstone pizza type: Sausage and Pepperoni

If you could have lunch with any two people, dead or alive, who would they be?: Rachel McAdams and Matt Damon because they’re my two biggest crushes.
What is your dream job: restaurant owner

A little known fact about yourself: accomplished pie,pie,meal,pie,pie and I really think I can eat 3 chipotle burritos but I’ve never made it past 2 and a half. 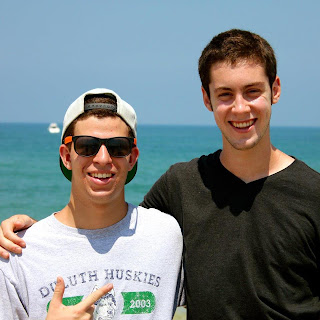