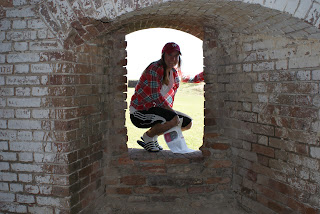 Joining us for her first summer is Kathy Luy. A native of Brookfield, WI, Kathy is currently a student at the University of Wisconsin – Madison. She recently got accepted into the University of Wisconsin’s Secondary Education Program and is very excited to get into the high school setting.
Her club soccer team just joined a soccer league, which will allow them to compete against other Big Ten Schools next fall. She also hope to run a half-marathon in either Milwaukee or Chicago in the fall. Kathy and her three roommates  are currently planning a post graduation (aka in 2015) backpacking trip out west. Kathy will be assisting Robyn in the office this summer and will also be instructing waterskiing and some other activities.
More About Kathy

Your three favorite movies of all time:  Sound of Music,  Lion King and The Sandlot

What is your dream job: I would want to be a member of the U.S. Olympic Bobsled Team.

Best place you’ve ever traveled to: Yosemite: It had some of the most beautiful waterfalls I’ve ever seen and also had many great hiking trails and camping locations.

If you could have lunch with any two people, dead or alive, who would they be?: Abraham Lincoln and Marcus Mumford

How did you learn about North Star and why did you apply?: I saw a job posting on the University of Wisconsin’s Job Center and then when I checked out the website North Star looked like an awesome place to work! Being outside and working with kids all summer sounded like the best job ever.

What noteworthy/random/menial jobs have you held?: I sold hot dogs and beverages at a kite festival one summer. I also ran a fair amount of lemonade stands when I was a kid.

What did you do last summer?: Last summer I worked at my local pool. When I was not working, I was either in Minocqua at a friend’s lake house, boating closer to home, or traveling to Illinois to see two of my favorite bands; Coldplay and Mumford and Sons. I was also in two summer soccer leagues.

What, if any previous camp experiences have you had?: I attended two overnight soccer camps when I was 12 and 13 and went to an adventure day camp when i was 9. Also, when I worked at the pool we always had a lot of camps swimming at the pool. 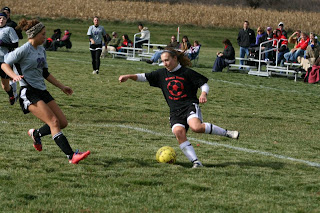