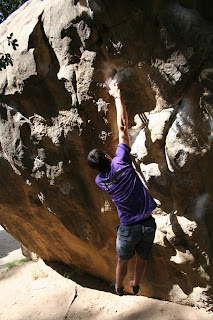 Kyle Beecher was born in Georgia before moving to Indiana in 7th grade. In high school he took a camping trip to the Red River Gorge in Kentucky, and this is where his outdoor interests were born. He took up back packing, rock climbing and mountaineering. He’s done solo backpacking trips and has led small groups on multiple day trips He’s hiked extensively in Colorado and also spent two weeks hiking in New Zealand.
A graduate of Ball State University, he worked at Uncle Dans Outfitter in Chicago and remembers outfitting some of our campers before they headed to camp for the summer. He’s also got extensive video editing experience, so in addition to being one of our trip leaders, he’ll be responsible for our summer video.
More About Kyle

Favorite TV show: Its a toss up between Top Gear and almost anything on the Science Channel

Sports team(s) that you root for: Manchester United and Chicago Bulls

How did you learn about North Star and why did you apply: I use to work for an outdoor store in Chicago where I would outfit the campers of NSC for the summer.  I applied to North Star because I knew it would give me the opportunity to do what I love, be in the outdoors and share my skills and knowledge with the youth.

What did you do last summer: I spent the summer backpacking on the Colorado Trail and ascending 14ers.  Also spent some time sport climbing in Boulder Canyon and Clear Creak Canyon.

What noteworthy/menial/random job(s) have you previously held: I sold sweet corn from a trailer on the side of the road in a really small town outside of Lafayette, IN.

What, if any previous camp experiences have you had: When I lived in Georgia, I attended a camp for a few years offered thru the YMCA.


If you had a super hero power, what would it be: Super human strength 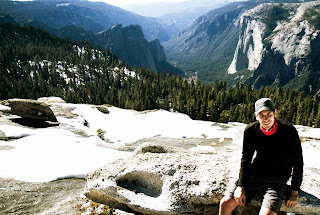