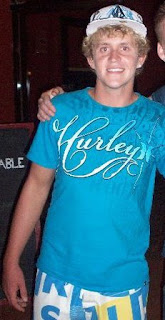 We like having fun with names at camp. Further, Leb is infamous for his “Lebisms”, which often involves mispronouncing names. A Duke alum, just ask him to pronounce Mike Krzyzewski’s last name. We know that he won’t be the only person confused by the fact that we have two counselors from Great Britain, one named Matt Rixon, the other named Matt Nixon.
Matty Nixon comes from Somerset, in the southwest if England. He has several years of experience as an activities instructor. He worked the last few years in Turkey for Sunsail (a vacation company) as an archery manager. He has also worked in the French Alps as an entertainer and ski instructor, in Greece as an activity leader, and for P&O and Disney cruise lines as a youth staff entertainer. He has experience coaching archery, fencing, sailing and waterskiing. At camp he’ll be an archery and waterski/wakeboard instructor.

Matty has lots of great programming experience from his various entertainment and tourism jobs. We know that North Star will be a great place for him this summer and we’re planning on taking full advantage of his knowledge and ideas.

More About Matty:
Favorite TV show: NITRO CIRCUS
Best place you’ve ever traveled to: I have traveled all over the world through my job, but it has to be Barbados Caribbean
Sports teams that you root for: SOUTHAMPTON FC, BATH RUGBY CLUB
How did you learn about North Star and why did you apply: I started my career working in a summer a camp, i wanted to go back to my roots where i started!
What did you do last summer: i worked for Disney cruise line as an entertainer onboard the Disney Dream.
What noteworthy/menial/random job(s) have you previously held: I worked for NCL (norweign cruise line) as an youth programme trainer
What, if any previous camp experiences have you had: lots and lots, my favourite has to be… camp fire on the beach with 300 kids singing some amazing songs, we sounded like a world class choir but with a R&B twist
If you had a super hero power, what would it be: the ability to fly
Best Christmas present that you’ve ever gotten: 3 week vacation in America, Las Vegas, Palm springs, LA and California
Preferred chicken nugget dip: BBQ and sweet chilli 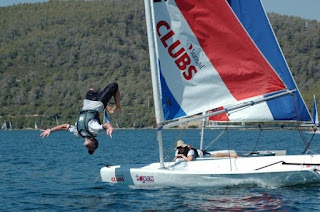