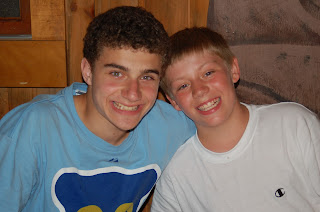 Michael Lee hails from Riverwoods, IL. He is a junior at Deerfield High School and this will be his 8th summer at North Star and his 2nd on staff. He’ll only be at camp for the first 4 weeks as he is doing a program on International Diplomacy at American University towards the 2nd half of the summer.

He recently participated at the Model United Nations conference lead by the University of Chicago. He placed as the Outstanding Delegation in the Economic and Financial Committee. He’s also on the DHS Student Congress Congressional Debate team, is running indoor track and preparing for the outdoor track season. At camp  he instruct tennis, disc golf and other athletics.