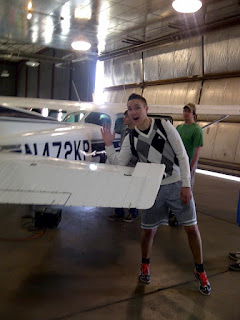 Nick Meyer was one of three new counselors that I met at Winona State University’s Recreation Job Fair. When he came up to the North Star booth he was decked out in green and white Michigan State gear. He had quite a bit of explaining to do when he told me that he is actually from Hamburg, Germany. Nick has been living in  Michigan & Minnesota the past two years. He’s a student at Winona State, majoring in Recreation & Tourism. He describes himself as pretty sportsy (if that’s even a word) and loves being physically active.
Being a recreation and tourism student made North Star a great fit or Nick. At camp, he’ll be a climbing and soccer instructor. I actually had a hard time detecting Nick’s German accent… but we’ll let our campers judge.
More about Nick:
Favorite TV show: ESPN’s College Gameday (I don’t really watch tv shows)
Best place you’ve ever traveled to: Urupukapuka Island in New Zealand
Sports team(s) that you root for: Michigan State & Germany
How did you learn about North Star and why did you apply: Summer Job Fair at my school. I applied because I think it is going to be a great opportunity to apply skills I have learned and spend the summer in a useful position, instead of wasting it on the beach.
What did you do last summer: I worked fulltime at a Senior Center in Michigan.
What noteworthy/menial/random job(s) have you previously held: I once posed for a family calendar for a friend of mine, as a made-up distant cousin, because they needed a 12th person.
What, if any previous camp experiences have you had: I went to summer camp 3 times as a camper in Spain.
If you had a super hero power, what would it be: Jump really high, so I could dunk a basketball
Best Christmas present that you’ve ever gotten: Sweet Baby Ray’s BBQ Sauce! I love that stuff!
Preferred chicken nugget dip: RANCH, can’t beat ranch! 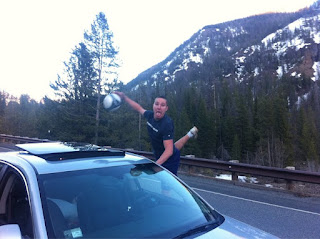