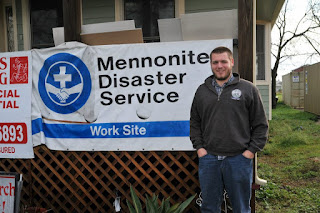 Last year we were in need for a maintenance assistant in the middle of the summer. Its not quite as easy to find a staff member with such short notice, often with the start date being “as soon as possible”, but last year we more than lucked out when Noah Lattin responded to one of our ads. He’s back for his second summer assisting our head caretaker.
Noah comes from a family of 16, so he’s used to being around people. He spent the last year working with Mennonite Disaster Services and spent time in North Dakota and New Orleans helping rebuild areas that were in need. He’s a hard worker and we’re thrilled to have him on our staff!
More About Noah:
Favorite tv show: Monk
Best place you’ve ever traveled to: New Orleans LA or Pantego NC
Sports team that you root for: I don’t really get into sports, but probably the Packers
Favorite camp meal: Omelets 2 order
Favorite spot at camp: Swim Point
Favorite all camp/special program to do at camp: Not sure yet, give me a couple more years [;)]
earliest camp memory or notable camp memory: Driving through the front and hoping the interview would go well
If you had a super hero power, what would it be: Instant time travel
Best Christmas present that you’ve ever gotten: I’d probably have to say the PDA I got when I was about twelve
Preferred chicken nugget dip: BBQ