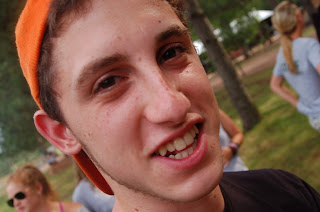 Returning for summer number nine is Scotty Hamilton. A native of Northbrook, IL, Scott is a senior at Glenbrook North High School. As a high school senior, Scott has been pretty occupied with college applications. He recently decided to attend The University of Texas at Austin and major in Accounting.
At GBN he’s been on the track team. He recently took third place in DECA regionals for accounting applications. Scotty reports that he’s become a borderline health nut. At camp Scott will be instructing archery, riflery and tennis.
More about Scott

Your three favorite movies of all time: Superman, Superman 2, and Superman

Best evening program at camp: North Star Ball because it allows me to get some exercise as a runner.

If you could have lunch with any two people, dead or alive, who would they be?: George W. Bush and Stephen Colbert

What is your dream job: An auditor

A little known fact about yourself: I collect sports memorabilia.