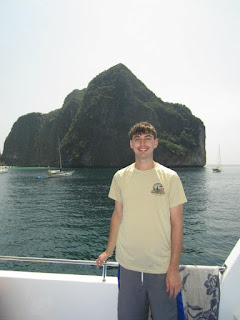 Stratton Shook grew up in Southern Maryland and went to high school in Washington DC (about 10 blocks from the Capitol). He headed off to Washington State for college, where he went to Gonzaga  in Spokane, WA. While at Gonzaga he joined the outdoor recreation dorm, went snowshoeing, skiing and climbing. Stratton graduated with his business degree, and after a year working in the corporate world, he moved to China to teach English. He hopes to complete his MBA in the future and combine business with his love for the outdoors.
Throughout his life, Stratton has been to 23 distinct countries (24 if you count North Korea at the DMZ) and 46 of the 50 states. Recently, he returned from a National Outdoor Leadership School course in Northern India and a side-trip to Everest Base Camp. This will be Stratton’s first year at North Star as he joins us as a wilderness trip leader.
More About Stratton
Your three favorite movies of all time: Apollo 13, Ocean’s 11, Shawshank Redemption
What is your dream job: Owner of an adventure travel company.
Best place you’ve ever traveled to: Every place is so different that it’s hard to pick just one. The place I would go back to right now is Iceland. I drove around the island one spring break with a friend and had an amazing time.
Favorite cartoon character: Calvin and Hobbes (I know it’s cheating to pick two but you can’t have one without the other).
If you could have lunch with any two people, dead or alive, who would they be?: George Washington- would be awesome to hear his perspective on the current state of America. Michelangelo- I studied his works in college and got to see many of his sculptures in person.
How did you learn about North Star and why did you apply?: I learned about North Star through NOLS and applied because the camp seemed awesome. Also, who doesn’t want to spend the summer working in the great outdoors?
What noteworthy/random/menial jobs have you held?: Spent 2 summers umpiring Little League Baseball and Softball games, worked as an English Teacher in China, interned for a Congresswoman for one summer.
What did you do last summer?: Last summer I spent working at Casual Adventure (an independent outdoor retailer) while I trained for my NOLS Backpacking course.
What, if any previous camp experiences have you had?: I played baseball all summer so I never got the traditional camp experience but did spend a week at a photography camp in Maine. 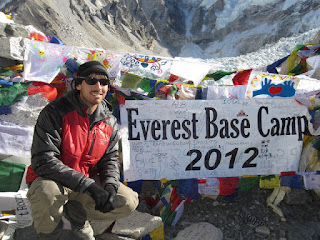