Wherever you are reading this, it may have been a relaxing summer weekend, but at North Star weekends are a holiday we do not observe. The first full weekend at North Star was jam-packed and kicked off Friday evening with a traditional Friendship Fire. For the first time in the 2014 summer, campers and counselors gathered at our beautiful Council Ring. 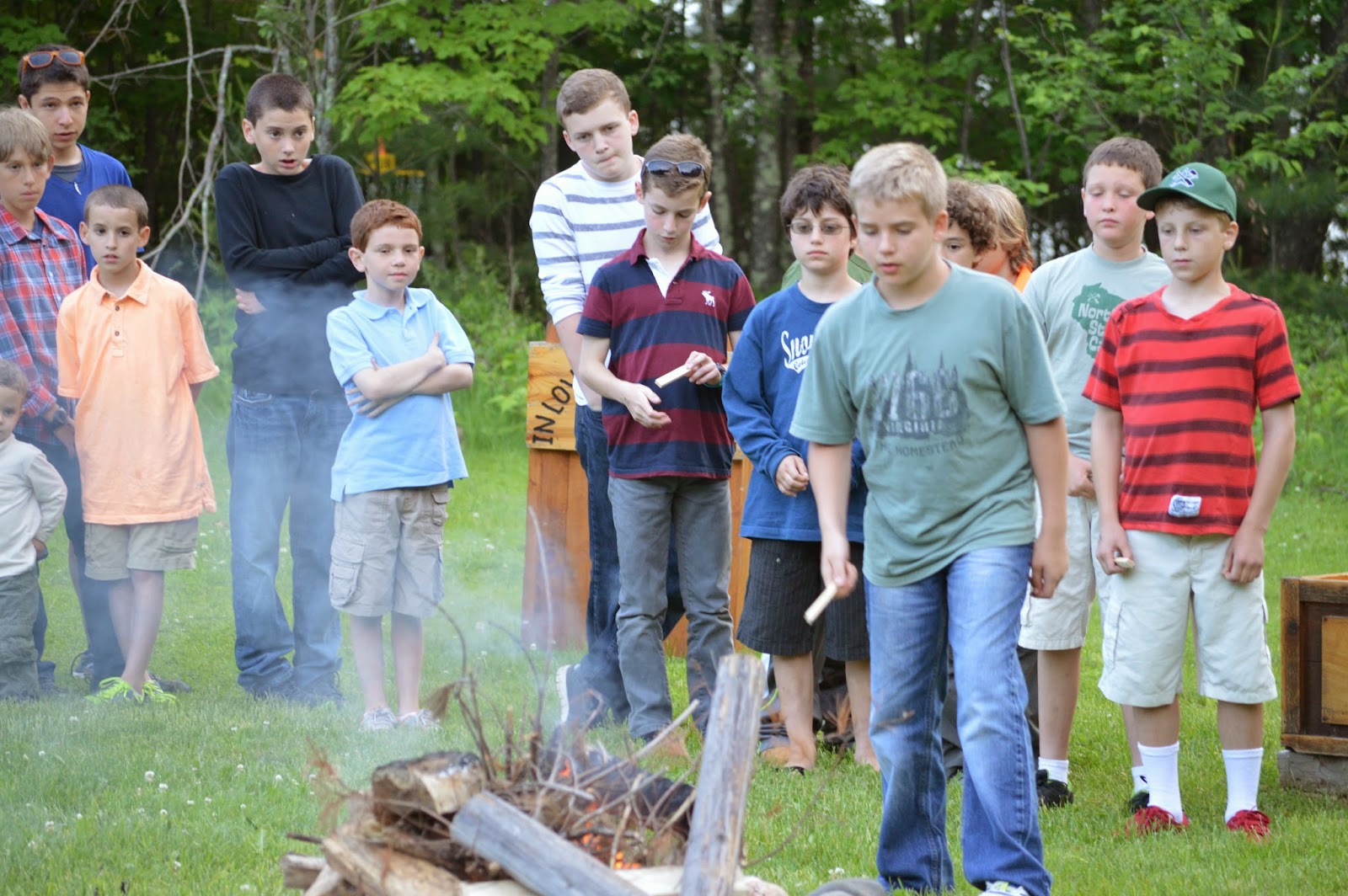 During the service, counselor Danny Verb gave a great sermonette that discussed his deep bonds of friendship that began when he was a young camper and have since morphed into his adulthood. Andy shared the origin story of the land that camp now occupies and Leb provided a wonderful musical selection. The Friendship Fire provided everyone with a great opportunity to reflect and appreciate the first week as well as the deep bonds of friendship that begin and grow at North Star.

The weekend continued with a BBQ cookout on Saturday evening. Campers and counselors were treated to grilled BBQ chicken, rice pilaf, veggies and world famous cinnamon bread, nicknamed “Martha’s Bread” after a previous camp cook. After dinner, campers participated in a rousing game of North Star Ball. North Star Ball is similar to traditional Capture the Flag but instead of trying to get just one flag across the midway line, players must coordinate the capture of four different balls together.

On Sunday, the cabins of S1 and S2 returned from their five-day, Superior Trail hiking and camping trip. Both campers and staff returned a little dirtier but with big grins on their faces. Then in the evening we kicked off this summers Green-White events with our first Green-White Series. For evening program, the Village Directors planned an evening where each camper would take part in one of a series of events including riflery, football, climbing, basketball, tennis, four square, floor hockey and more. But the games were only part of a great evening. Both teams got dressed in their respective colors and before taking the field, they both prepared a cheer. With us, your teams spirit counts as much as anything. 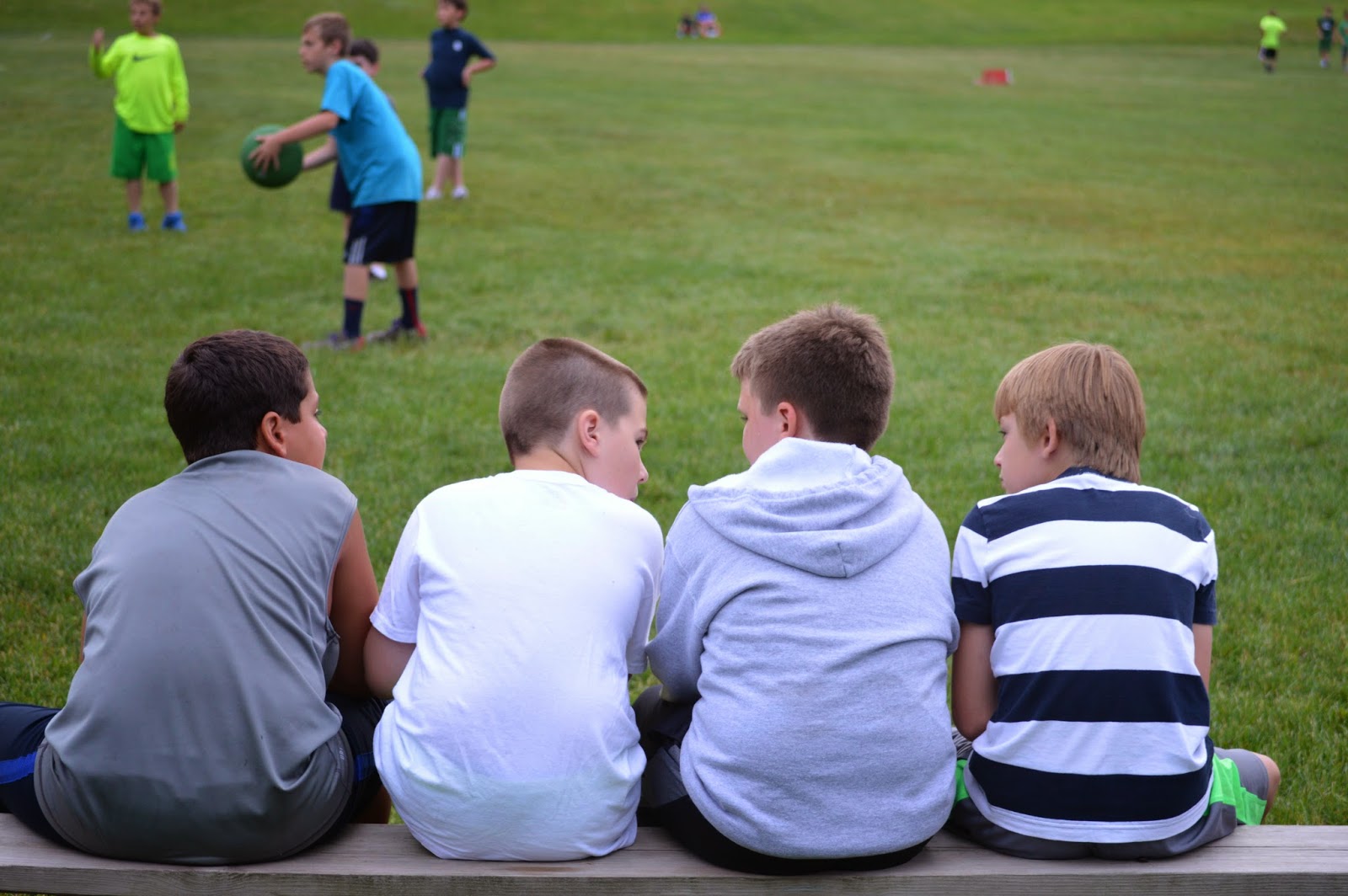 Also part of the evening was a short discussion of North Star’s philosophy on competition. We took some time to reiterate to the boys that while you do play to win the game, it is most important to be a good sport, a good teammate, and to remember that everyone on the field is your friend before, during, and after the game. We talked about being encouraging to both your teammates and to your competition in order to create an environment where everyone can play any game while getting better and having fun. Our staff have done a great job modeling this behavior for our campers and it really showed.

Hundreds of miles away in Evanston, Illinois, Senior Village Director Andy Rodheim, had an exciting and monumental weekend away from camp. Andy went back to Northwestern University for his graduation ceremony where he was recognized on several fronts. This 12-year North Star man graduated with honors and was also named the Greek Man of the Year for his leadership on campus. We are incredibly proud of Rodheim and we look forward to hearing about his future endeavors at Northwestern University law school.

Overall, it was a great first weekend and we cannot wait to see what is in store for the week ahead.